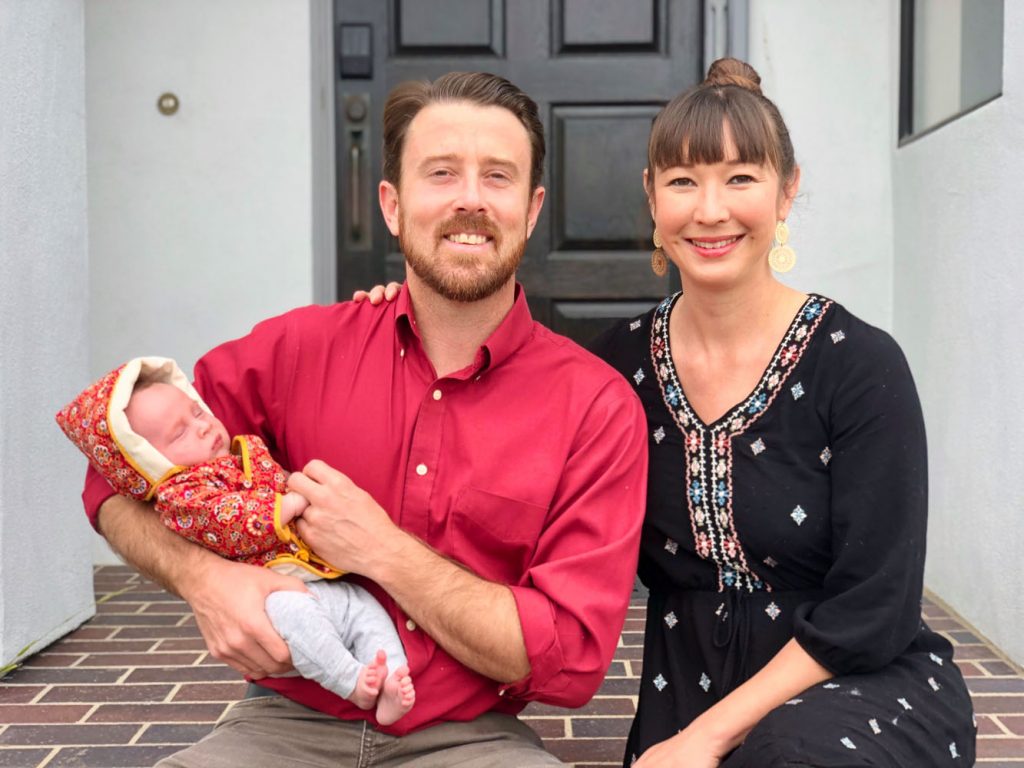 On May 24th, we celebrated Hawthorn's one-month birthday with a traditional Chinese Red Egg and Ginger Party. (You can read Hawthorn's birth story here). My mom is from Hong Kong, which makes Hawthorn one-quarter Chinese. The custom of celebrating a one month birthday party dates back to ancient times, when many babies didn't survive past the first month. This first month is also a time when a new mother traditionally spends confined to the home to recover post-partum. Zuo yue zi, or "sitting the the month", is an ancient practice which protects the health of both mother and baby. Thus the one month birthday is a time of great celebration when the mother comes out of confinement to show off her healthy baby. Since we've been on COVID-19 quarantine during this time, I basically practiced zuo ye zi by default. While it can be boring and isolating at times, it's been nice to have this time at home to recover and adjust to life with a newborn. My mom has been taking care of me by making sure I am well fed, cooking hearty meals, and helping with the cleaning and chores. 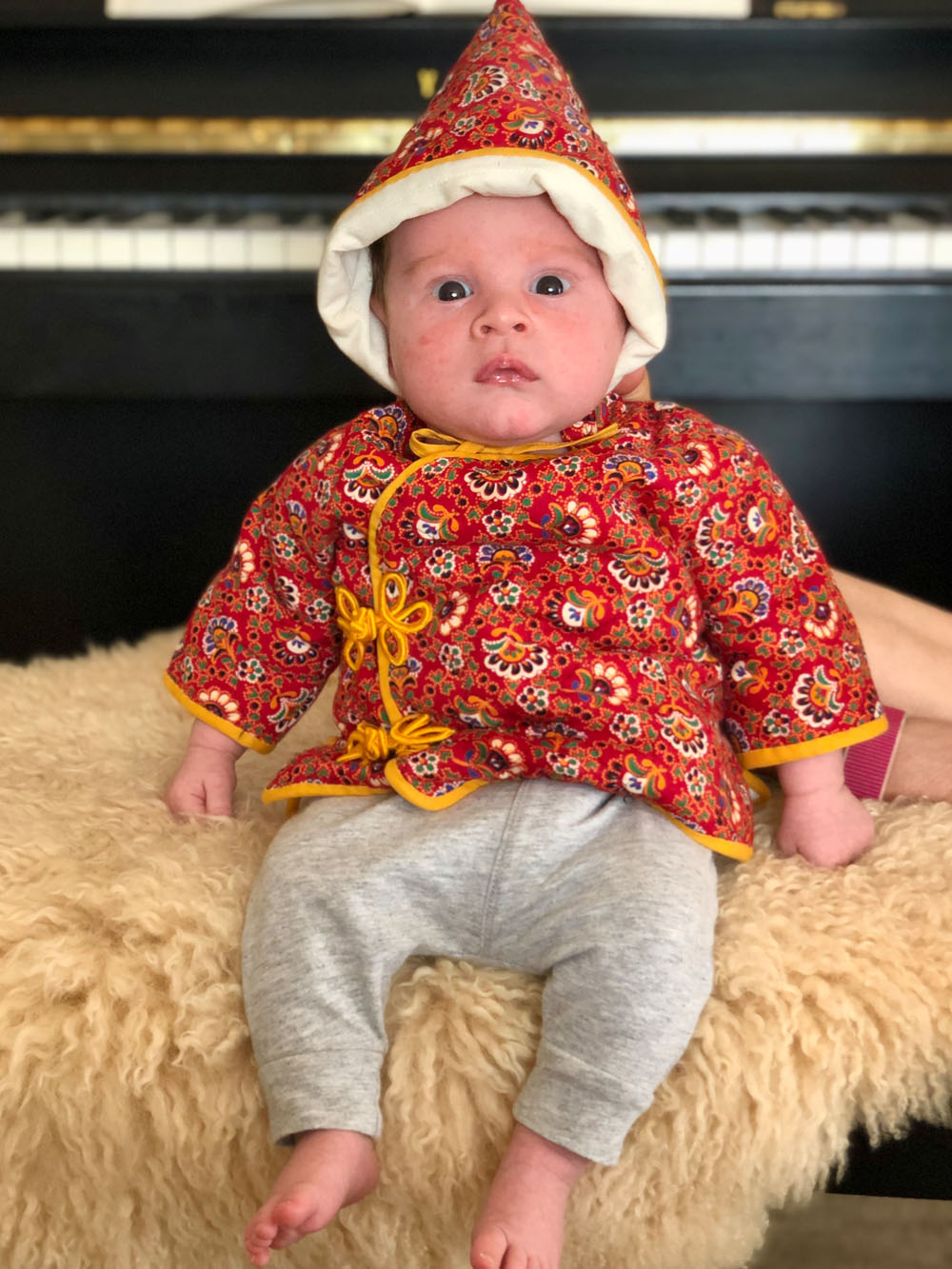 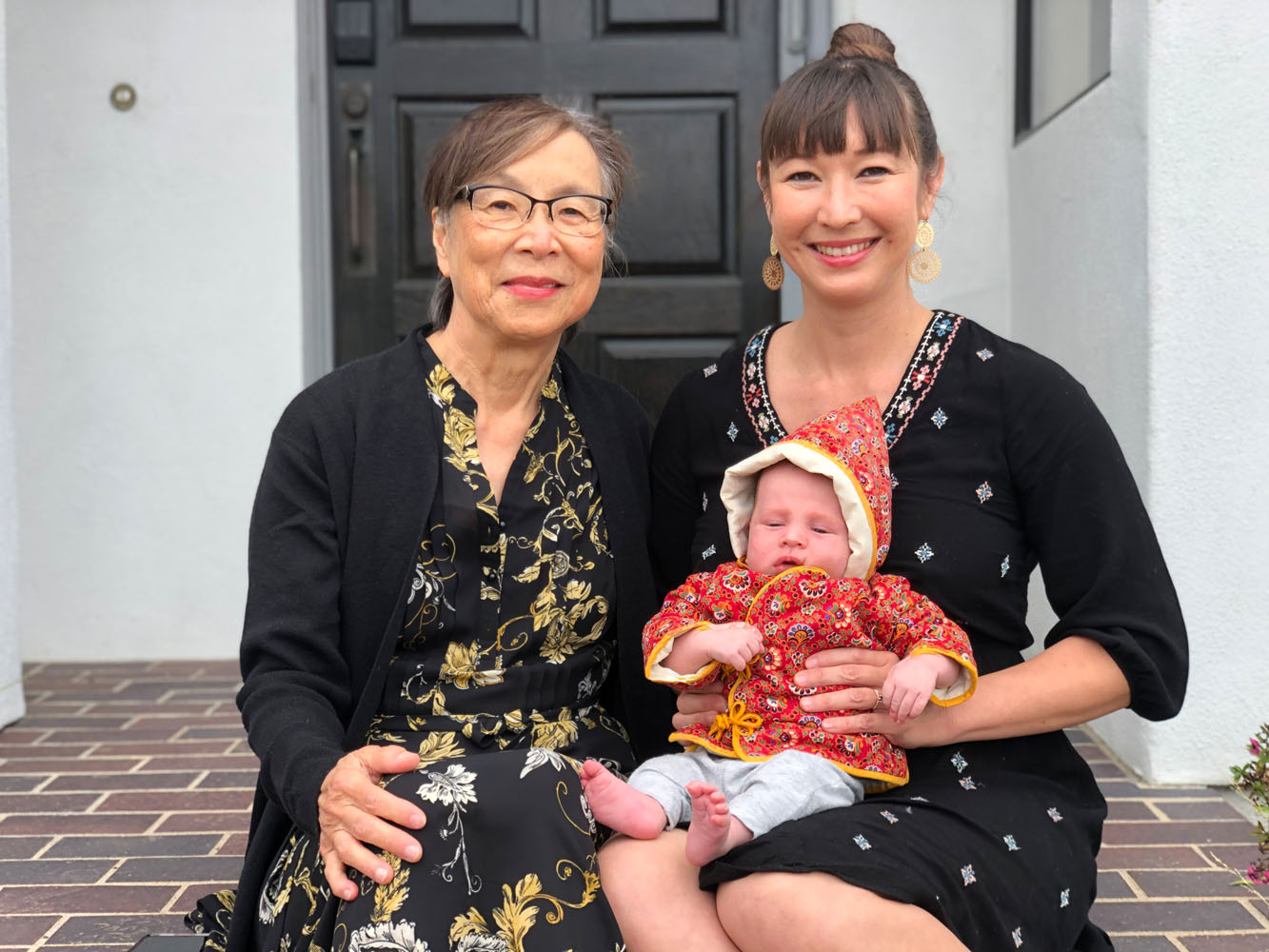 She made a traditional feast of Hainanese chicken with a tasty garlic and ginger sauce for the party. And by "party" I mean it was just the four of us at home - me, Adam, my mom, and Hawthorn plus our two cats. We painted red eggs as a symbol of new life and good fortune. The red egg and ginger party is also a time when the baby's name is announced to family and friends. Hawthorn's full name is Hawthorn James Fan Wei Cunningham. His middle name, Fan Wei (繁偉), translates to magnificent, or much greatness in English. In Chinese custom, every child born in the same generation of a family shares a character in their name. For example, my middle name is Hing-Chung, my sister's middle name is Hing-Wah, and my cousins also have names starting with Hing. My older cousins established the character Fan for the next generation, so we chose Fan Wei for Hawthorn and my sister chose Fan Ye for her baby girl. Fan means much or many, and Fan Ye means many leaves. 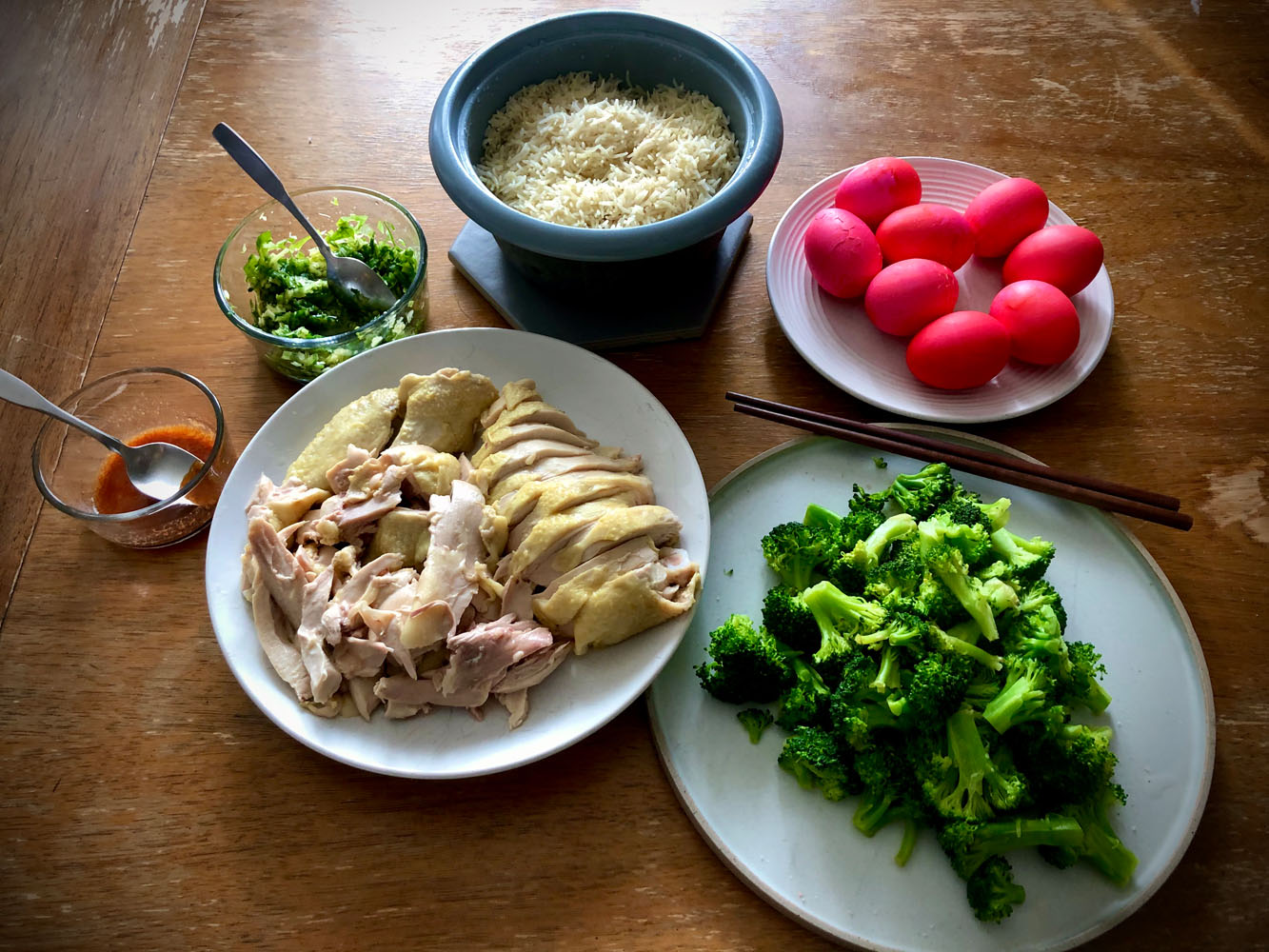 I made a chocolate chip cookie cake to celebrate the occasion (more about that below), and it turned out so delicious. I told everyone I was making the cake "for Hawthorn", but let's be real - this was all for mama. Taking care of a newborn baby is hard work, and I deserve all the cakes.

Hawthorn also received a generous gift of hong bao from his Pau Pau (grandma in Chinese). Hong bao means red envelope, and is a traditional gift given in Chinese culture. The red envelope is filled with cash money, obviously.

We got all dressed up for the occasion and even Adam changed out of his usual T-shirts for a handsome red button-down. Hawthorn's adorable outfit was handmade by a friend of my mom's over 40 years ago! My sister actually wore it when she was a baby. Isn't it so cute? 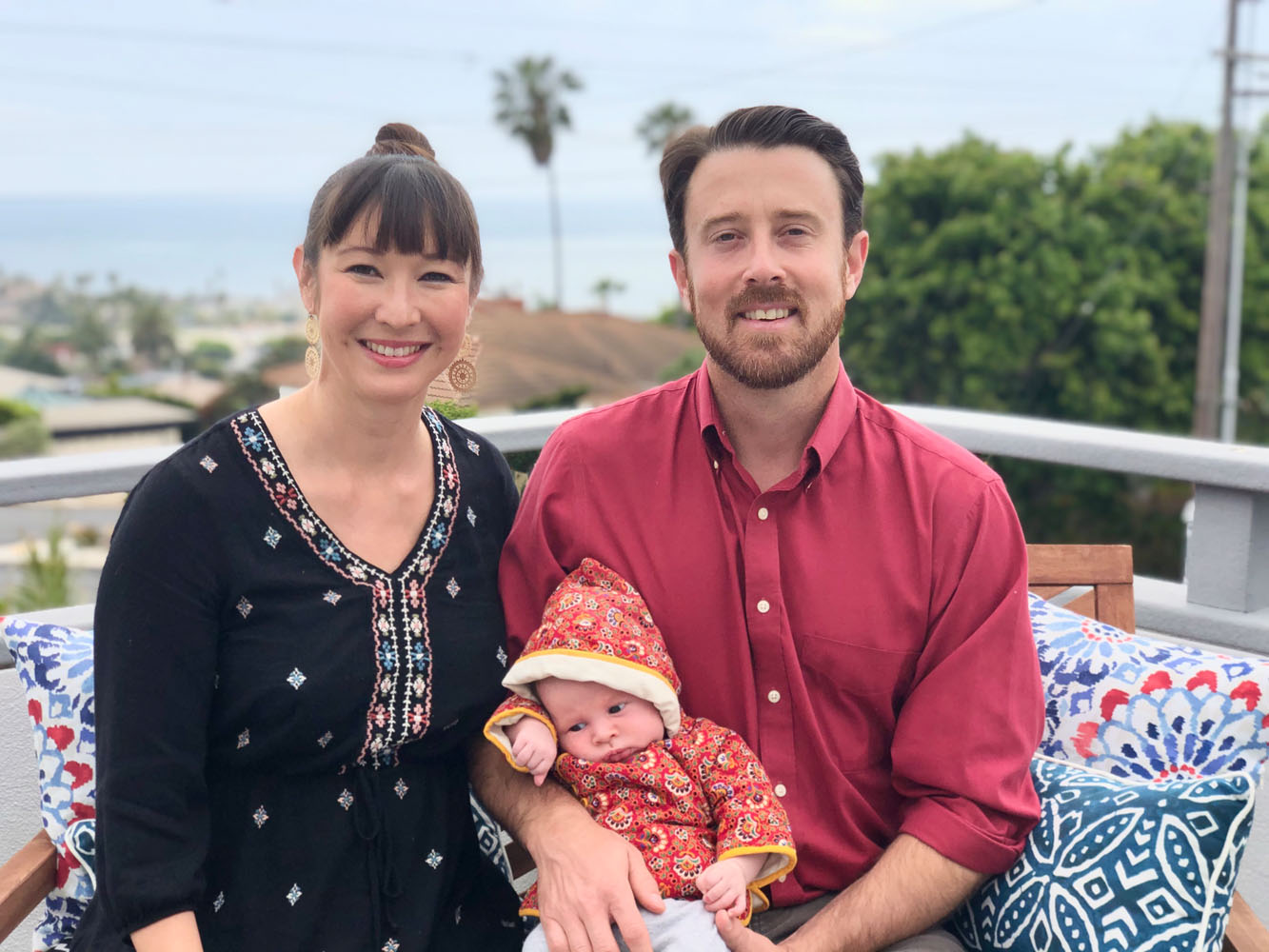 Now let's talk about that cake. A friend of mine (who also deals with an auto-immune condition) recommended this Grain Free Tahini Chocolate Chip Cookie Cake recipe from Ambitious Kitchen. This cake is gluten-free and paleo friendly, made with a tasty almond-flour base and topped with buttercream frosting and chocolate ganache. In the words of Ambitious Kitchen founder Monique, it "tastes like an ice cream cookie sandwich in cake form! Hints of caramel, vanilla and chocolate flavor baked into every single bite then topped with a fluffy very vanilla buttercream. This cake can easily be made dairy free and is perfect for special occasions, birthdays and holidays!" Yes to all of that! It's really really good, y'all. (Check out some of my other favorite not-so-gluten-free recipes for baked goods here). 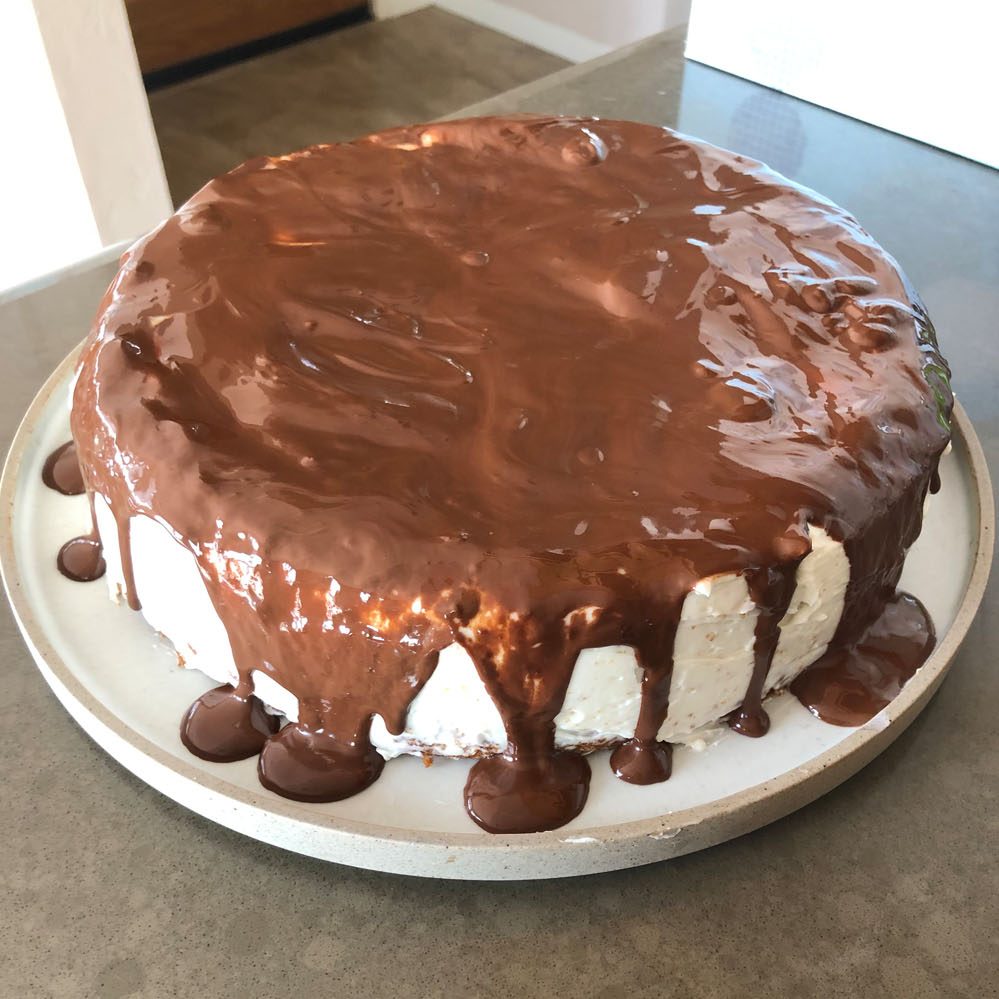 I am truly so grateful to celebrate a month of life with baby Hawthorn. Having a baby is a long time dream come true for me, and he's our precious treasure. Happy One Month Birthday baby Hawthorn! We love you so much, and the world is brighter with you in it. 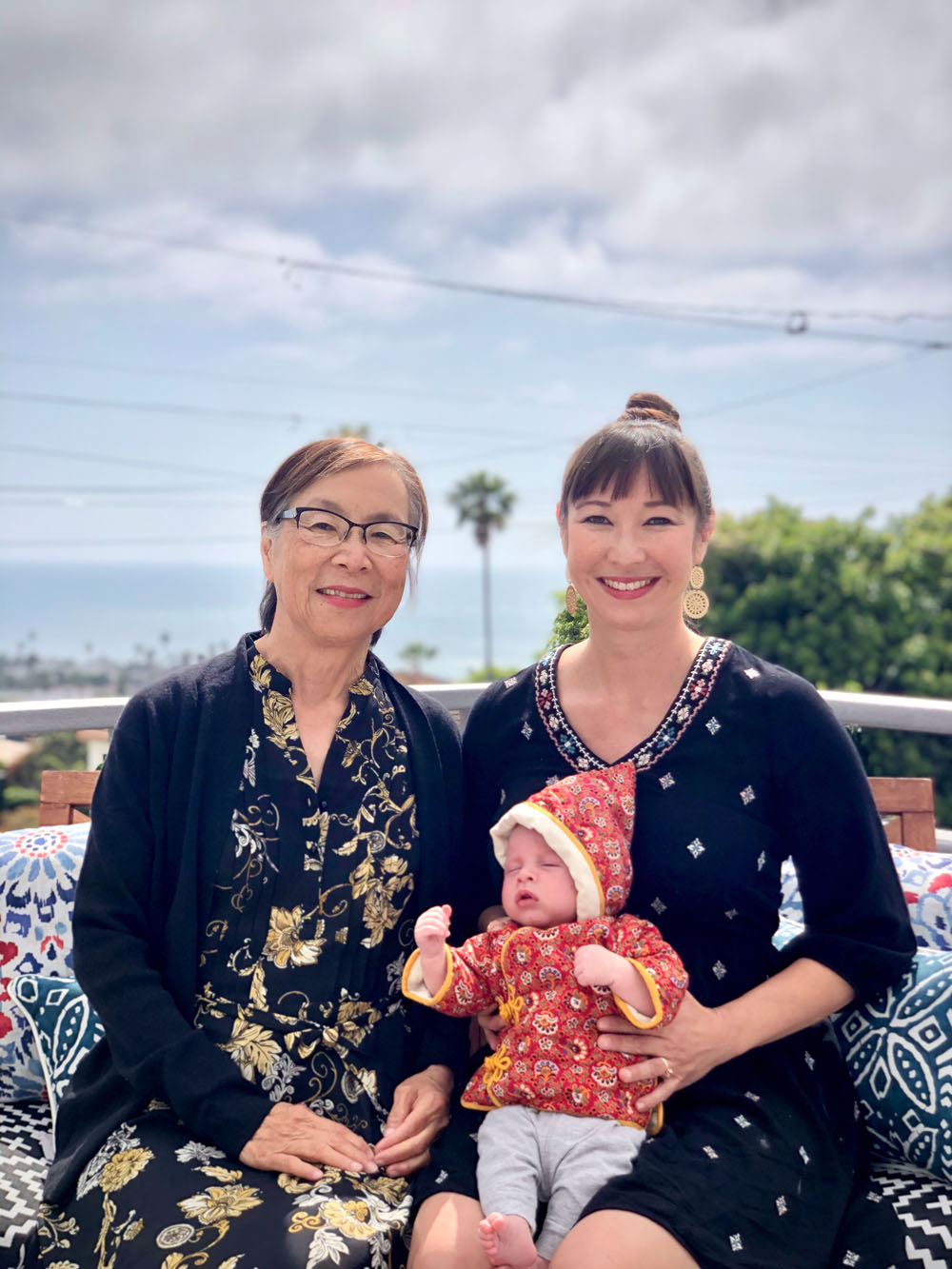