Hey friends! Today I want to share with you the details of my kitchen renovation project. I must confess that this was not a particularly "sustainable" renovation project. After working for nearly a decade in the interior design business, one of my biggest concerns was the amount of waste generated by construction and renovation projects. While I don't have all the answers, I do have some tips on how to minimize waste during the project, and how to design a space that will have a timeless, lasting appeal. We'd love to hear from our readers on ways we can make home renovation more sustainable. 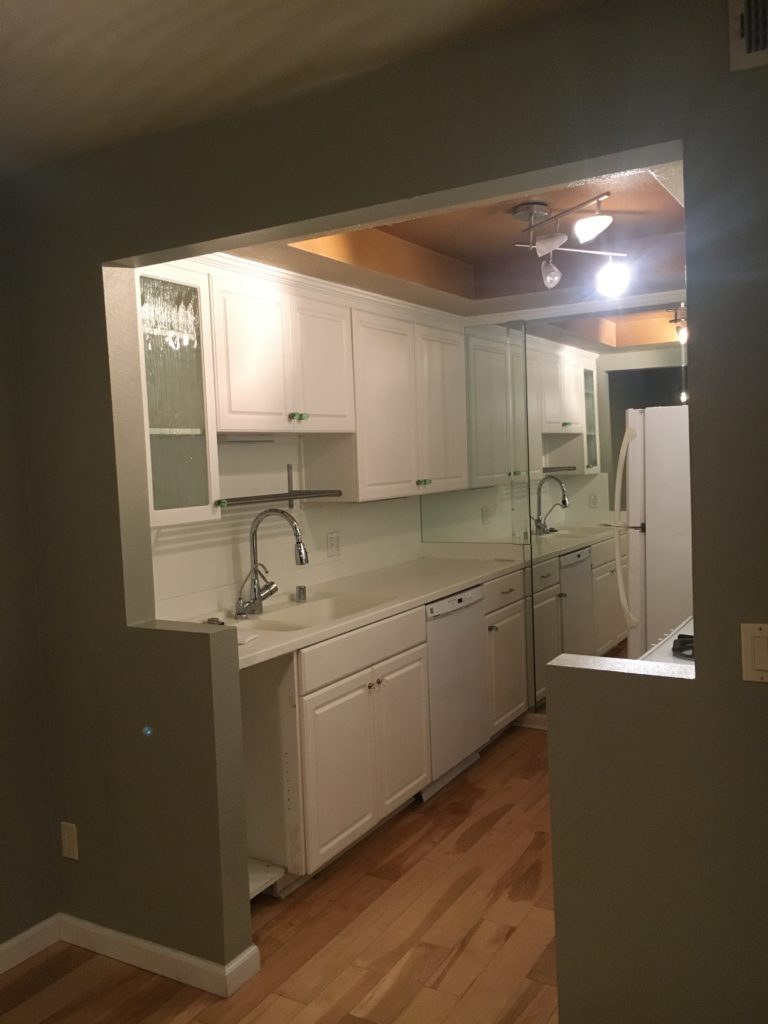 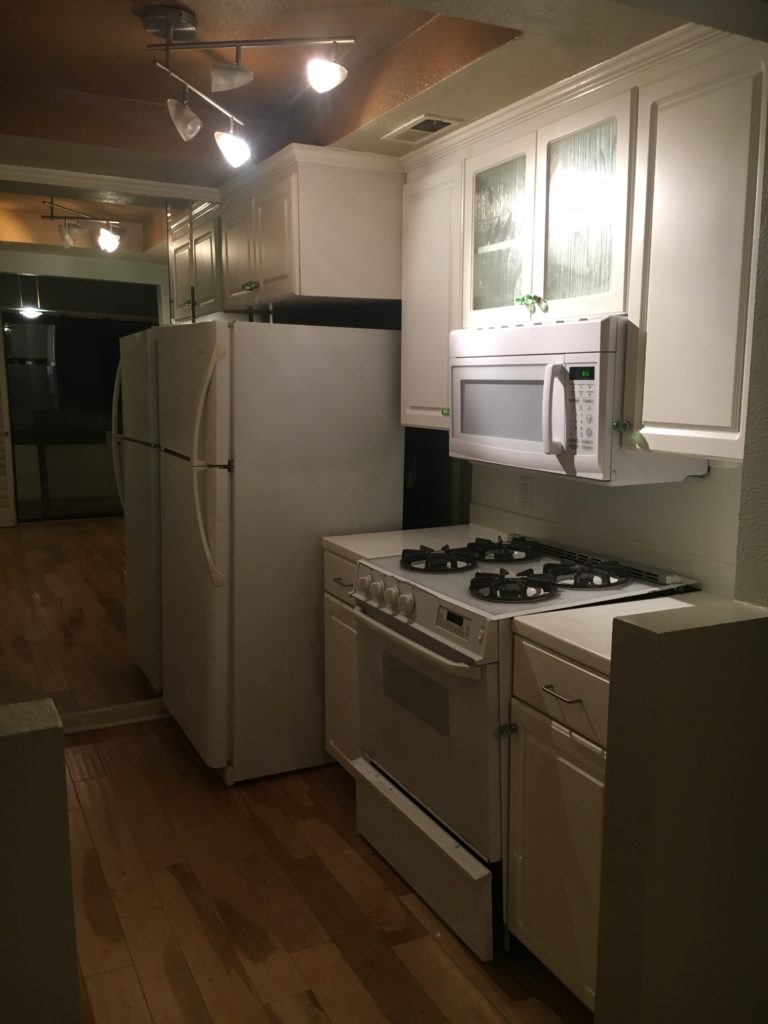 When I first moved to San Diego last year, I was very fortunate to have the help of my family to buy a 2-bedroom apartment. It was a beautiful space, but the kitchen was a bit cramped and dated. It felt dark and isolated from the rest of the living space. It was more or less functional, but the cabinets were cheap and falling apart. The microwave was located dangerously low over the stove, and would have to be moved no matter what. The refrigerator was bulky and extended into the central walkway.

The plan was to open up one wall of the kitchen, and create a pass through into the living area. This would bring so much more light into the room, and unify it with the kitchen and dining area. An open-concept kitchen is so much more suitable to modern lifestyles. I like to be able to hang out with friends and family while cooking in the kitchen, and it makes the space feel so much bigger, more inviting and relaxing.

You can see the plan below. The kitchen is roughly 8 ft by 8 ft. We would lose some upper cabinet space by opening up the right-hand wall, but we would also gain some by adding additional cabinets along the back wall to create a U-shaped kitchen. We'd have to relocate some of the appliances, and replace the refrigerator with a counter-depth model to maximize space. The countertop would extend a few inches into the living area to create a bar counter to sit and socialize. 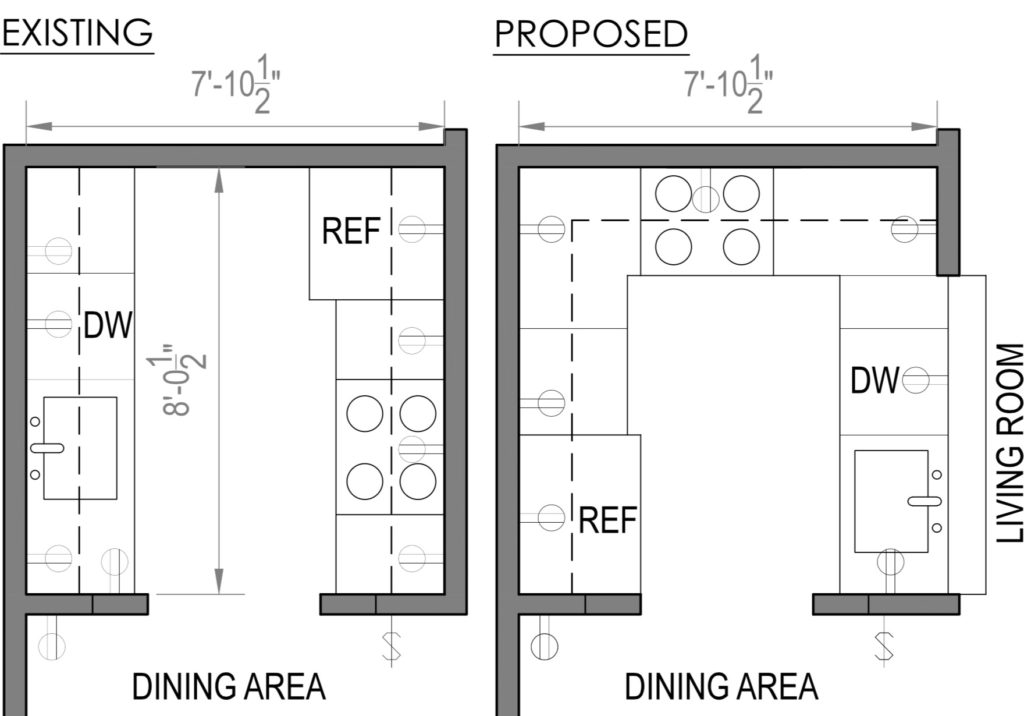 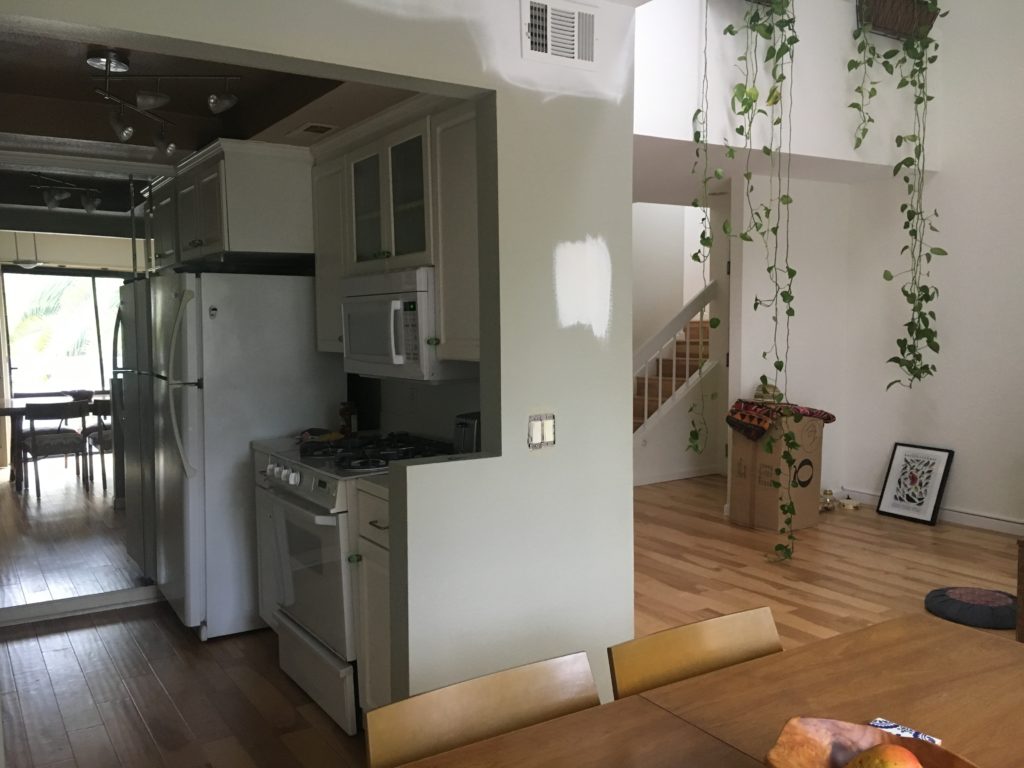 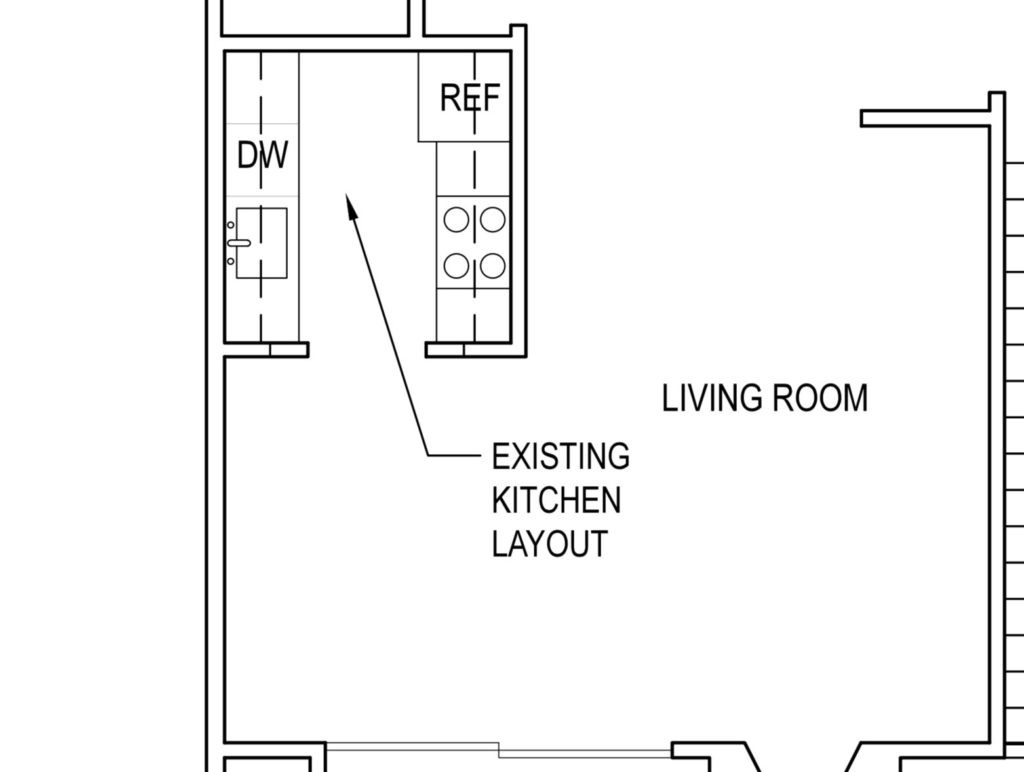 You can see from this angle looking towards the dining area from the living room that the kitchen is completely cut-off. There is just a solid wall on the right side. We want to open all this up to create an open-concept living space. 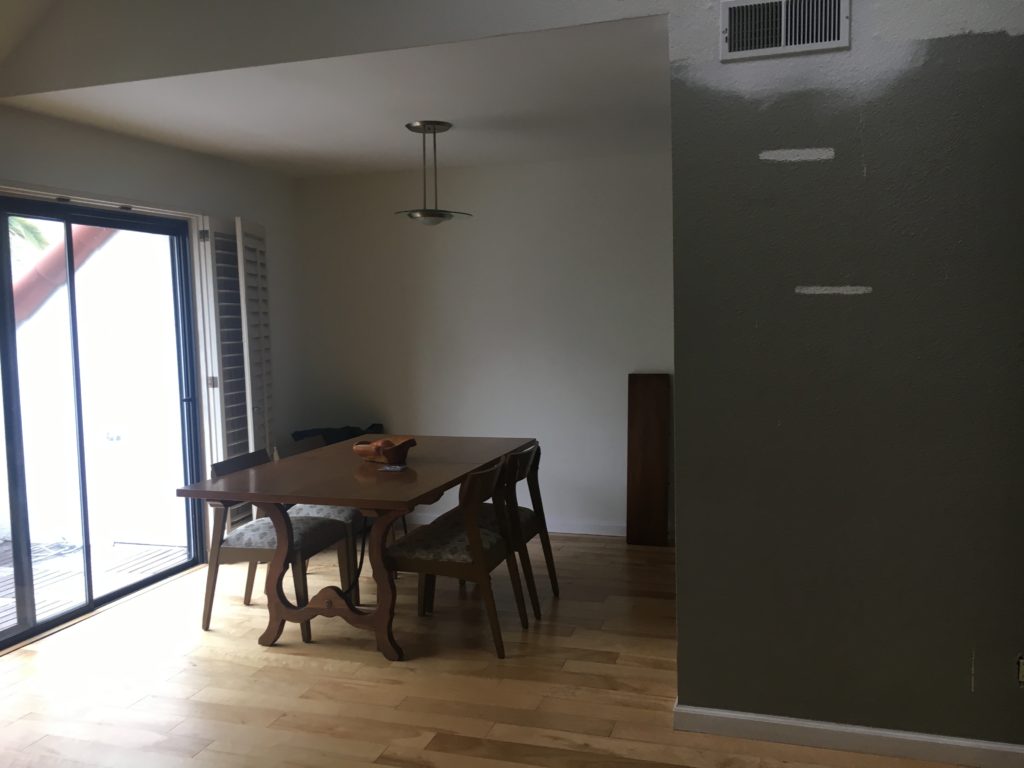 As far as kitchen renovations go, this wasn't too big of a job. It's a fairly straightforward project, but it did involve some plumbing and architectural work. That makes it more complicated in terms of timing and permits. Look out for Part 2 of this Kitchen Renovation series where I get into the nitty, gritty of how we got the job done. And stay tuned for the big reveal of the final results! 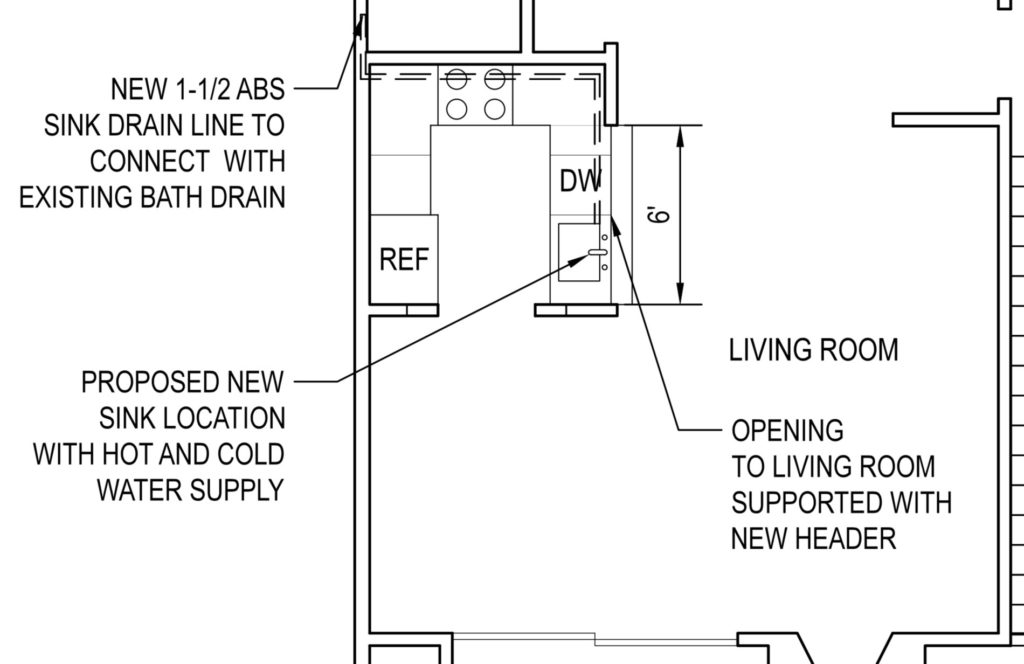